UNLEASH 2019: How to tackle a ticking time bomb 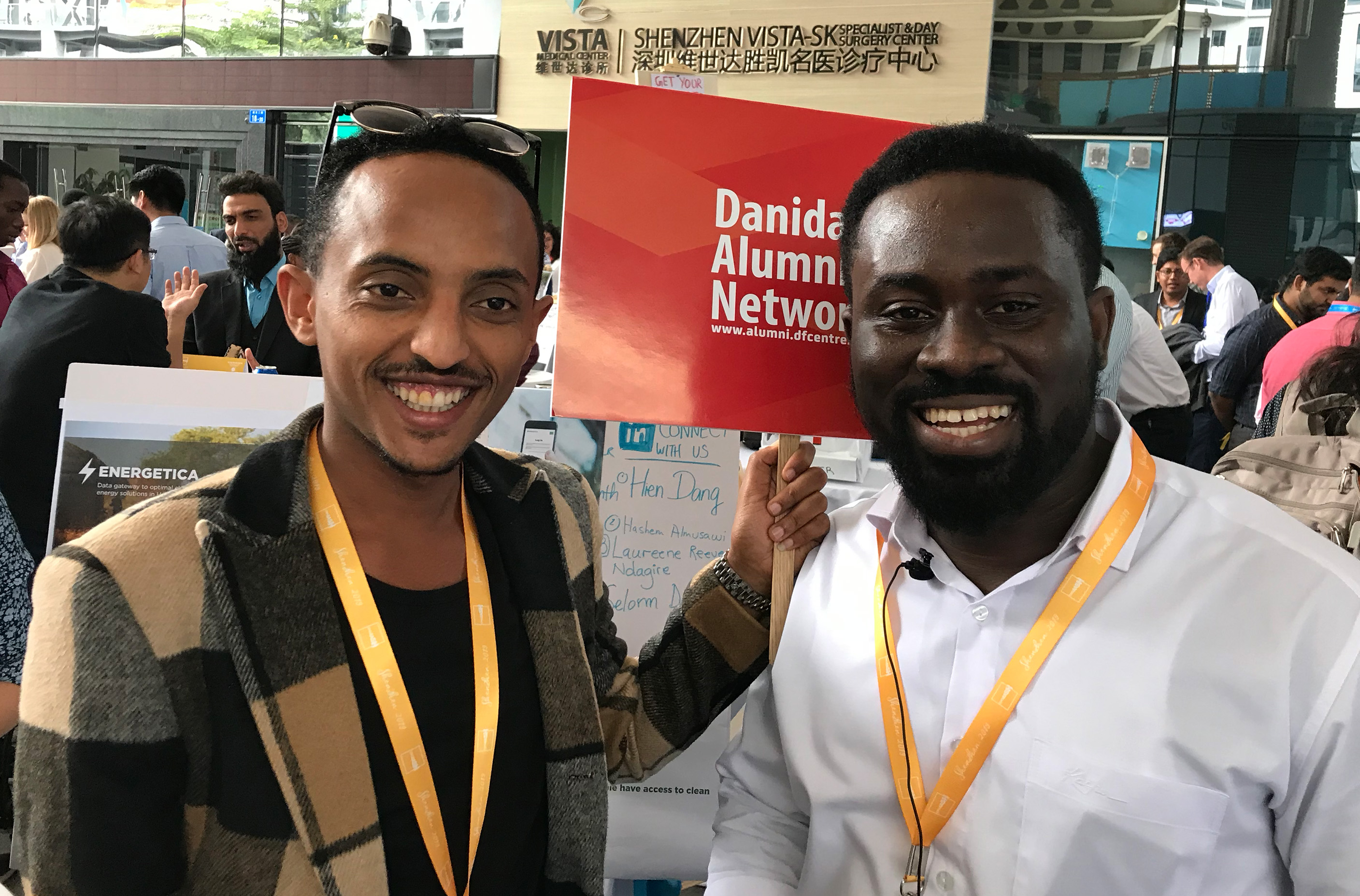 At this year’s UNLEASH Innovation Lab closing ceremony, Nobel Prize winner and microcredit pioneer, Mohammed Yunus, cited the world’s pervasive economic inequality as the main global challenge of our time. He made a plea to the next generation to use new inclusive solutions to sort out what he said was “a ticking time bomb politically and socially”. Eight Danida alumni were amongst the 1000 young talents from 163 countries to take part in UNLEASH 2019.

Three years ago, 1000 young people from around the globe gathered in Denmark for 10 days to create disruptive solutions to the UN Sustainable development goals at the very first UNLEASH Innovation Lab. The following year the lab moved to Singapore. This year it took place from 6 – 13 November in Shenzhen, China’s answer to Silicon Valley, a city of innovation and new technology that in the course of just three decades has expanded from being a village of 300.000 inhabitants to a mega city of 20 million.

The eight Danida alumni and UNLEASH 2019 talents were from Bangladesh, Ethiopia, Ghana, Mexico, Uganda and Zimbabwe. The Danida alumni were divided across six tracks, each dedicated to a sustainable development goal. Within a period of five days and through a carefully designed and facilitated innovation process, they had to come up with solutions to one of the world’s most pressing SDG challenges. Of the 200 plus solutions that were developed, four made it to the final stage of the competition. Everybody worked in teams of four to six participants. 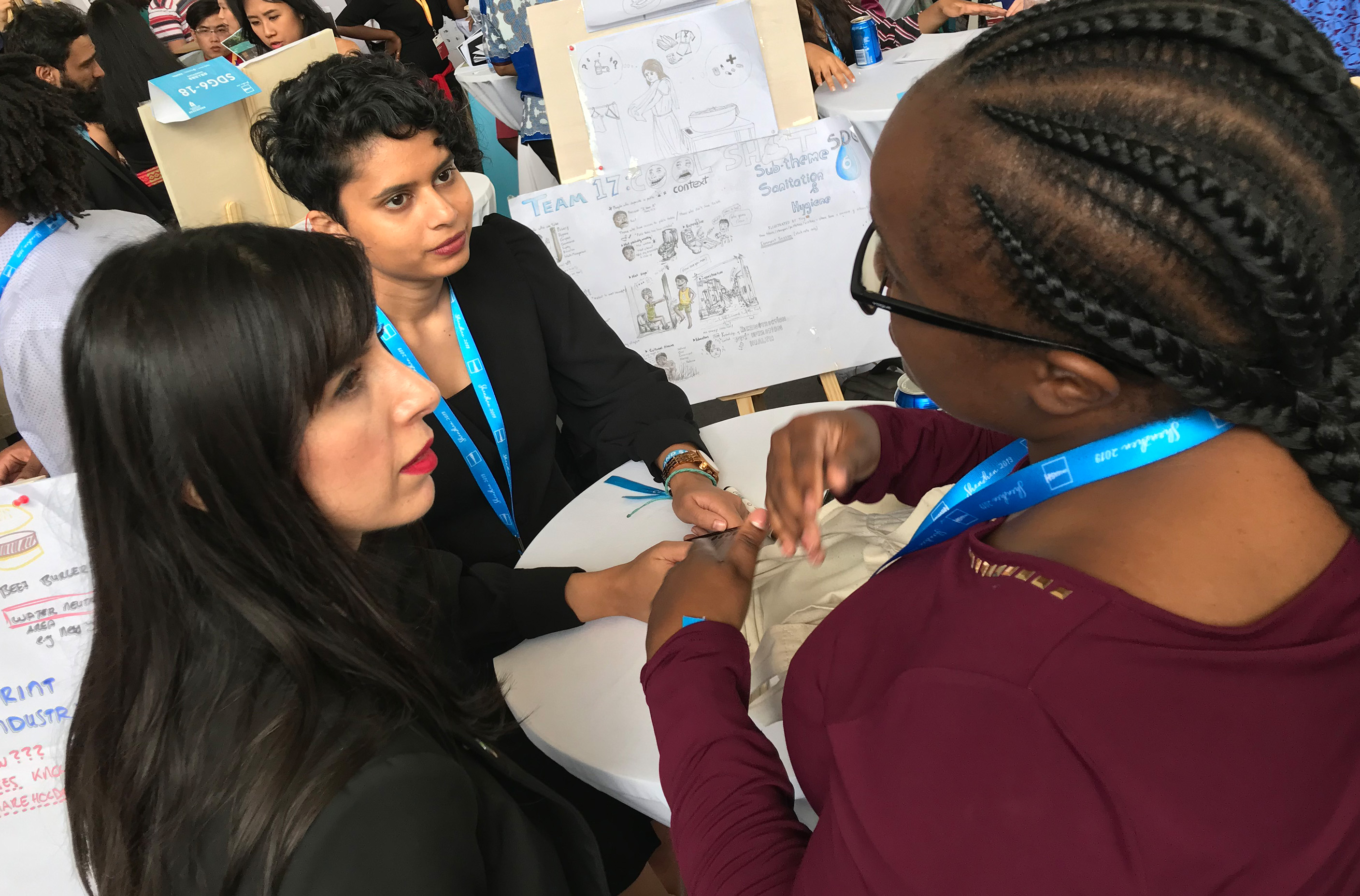 At UNLEASH 2019 the 1000 young talents had to come up with solutions to challenges belonning to six SDG goals: 4) Quality Education, 6) Clean Water and Sanitation, 7) Clean and Affordable Energy, 9) Industry, Innovation and Infrastructure, 12) Responsible Consumption and Production and 13) Climate Action. Photo: Vibeke Quaade

Although none of the Danida alumni and their teams made it to the final, they gained an abundance of invaluable new knowledge and they are now committed to making use of their UNLEASH experience.

Peter Rock Okwoko, an assistant lecturer at Gulu University in Uganda with an MSc in Innovative Communication Technologies and Entrepreneurship from Aalborg University, is certain that his team’s project FruiTAPP will fly. It aims to tackle the wastage of fruit at open markets in developing countries where large amounts of unsold fruit go to waste every day. Via a mobile application – available for both smart and feature phones – market vendors can display their unsold fruit to their customers at the end of the day. The system, with the tagline “Waste is Money” (Takataka ni pesa ), displays not only the types of fruit available but also their price and pick-up location. 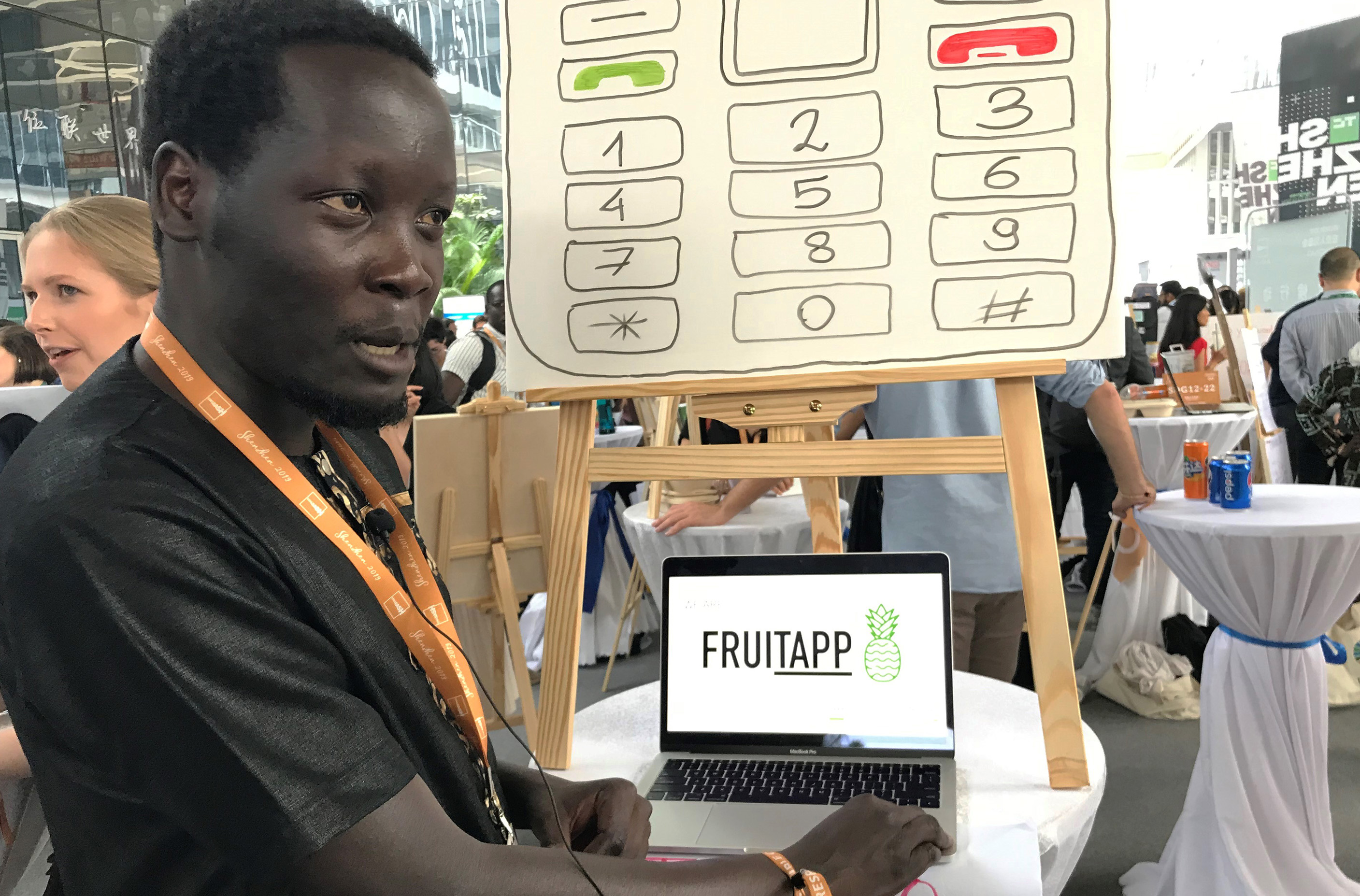 Peter created the project together with four fellow UNLEASH talents from Nepal, Poland, Latvia and USA. He sees the group members’ diverse backgrounds as a valuable asset.

The way we worked together was truly inspiring. When different minds with different experiences get together and work on a common goal it enriches a project because you start seeing new dimensions and options, Peter says. 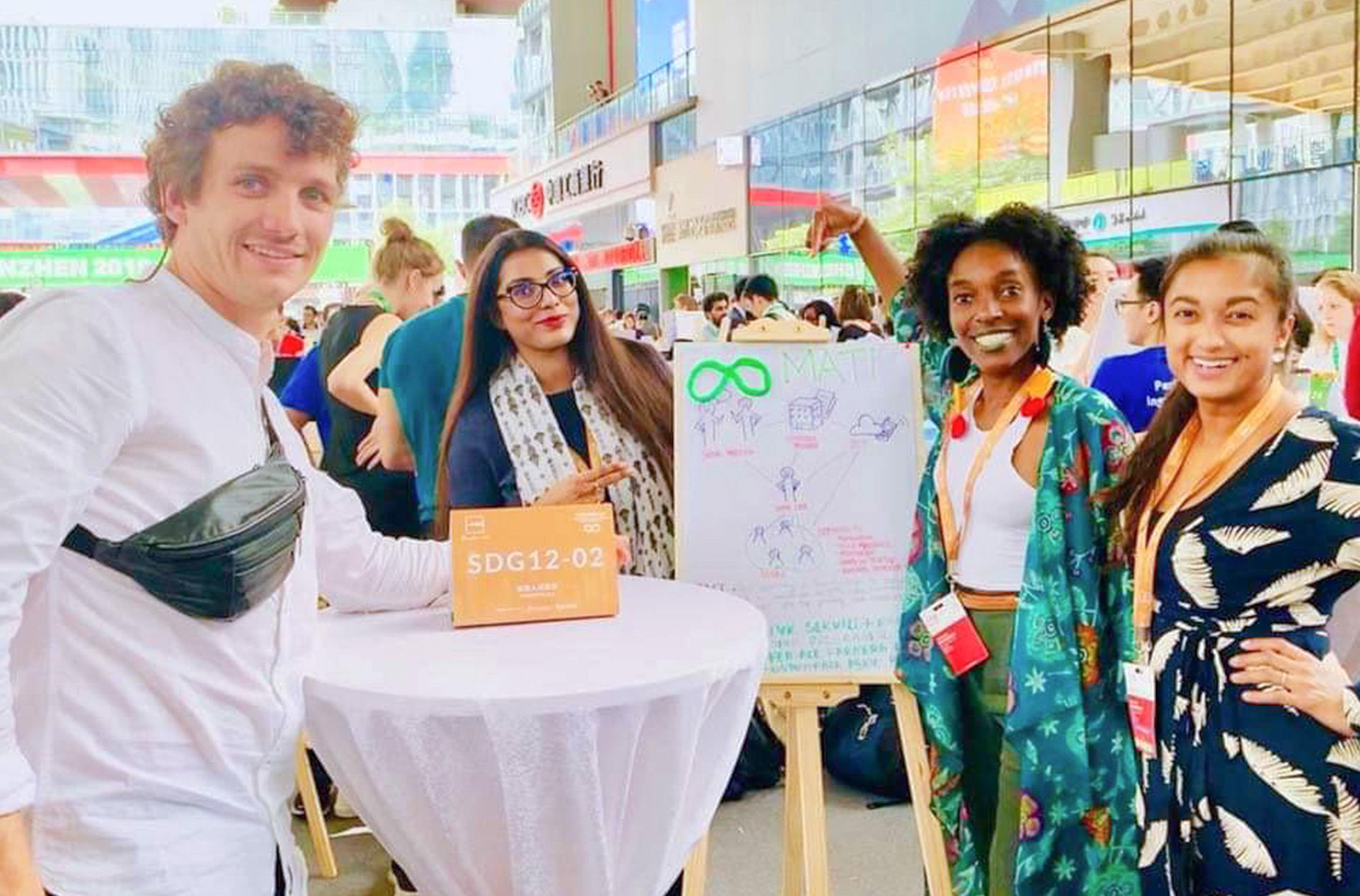 Rinita Rezwana, Danida Alum together with her group during UNLEASH 2019. Rinata’s group worked on a solution to disseminate information about organic fertilizing techniques in rural Bangladesh. Photo: Courtesy of Rinita Rezwana.

Rinita Rezwana, a communications and gender officer who participated in Danida Fellowship Centre’s course “Entrepreneurship, innovation and value chains” in 2018, feels like Peter.

UNLEASH is great fun, but it’s much more than a great event and fun competition. We come up with real solutions to real issues, she says.

In Bangladesh, the soil’s fertility is rapidly decreasing and this is seriously affecting the food security of poor families in rural areas. Rinita and her group designed their solution to address the effect that negative soil fertility has on small-scale women farmers in particular. A mobile platform is used to disseminate information about organic fertilizing techniques to affected communities during periods when fertilization is most crucial.

Alongside the concrete SDG solutions that were developed in Shenzhen, the UNLEASH methodology and the collaborative innovation process have sparked new ideas, learning and initiatives for the eight Danida alumni talents.

As a researcher, I have had multiple ideas for projects that could solve some of the issues my research brings up but I have never pursued any of them because I have seen myself as a researcher and university lecturer. From now on this is going to change. I have promised myself to develop at least one business plan for a project over the next year, says Selorm Yatse Dorvlo, PhD in engineering from DTU and University of Ghana where he also lectures.

Several of the other alumni had a similar “turn-around-experience” and committed themselves to incorporating some of the concrete tools and insights they have gained during their time in Shenzhen. In particular, they talked of carrying out rigorous but rapid problem analysis, being more collaborative in their ways of approaching challenges and strengthening their storytelling skills.

Read the article The power of innovation

Two Nobel Peace Prize laureates at UNLEASH 2019
Two Nobel Peace Prize Laureates took part in the closing events of this year’s UNLEASH Innovation Lab. These were Leymah Gbowee, Liberian peace activist, who won the prize in 2011, and Mohammad Yunus, microfinance pioneer and founder of Grameen Bank, who won in 2016. 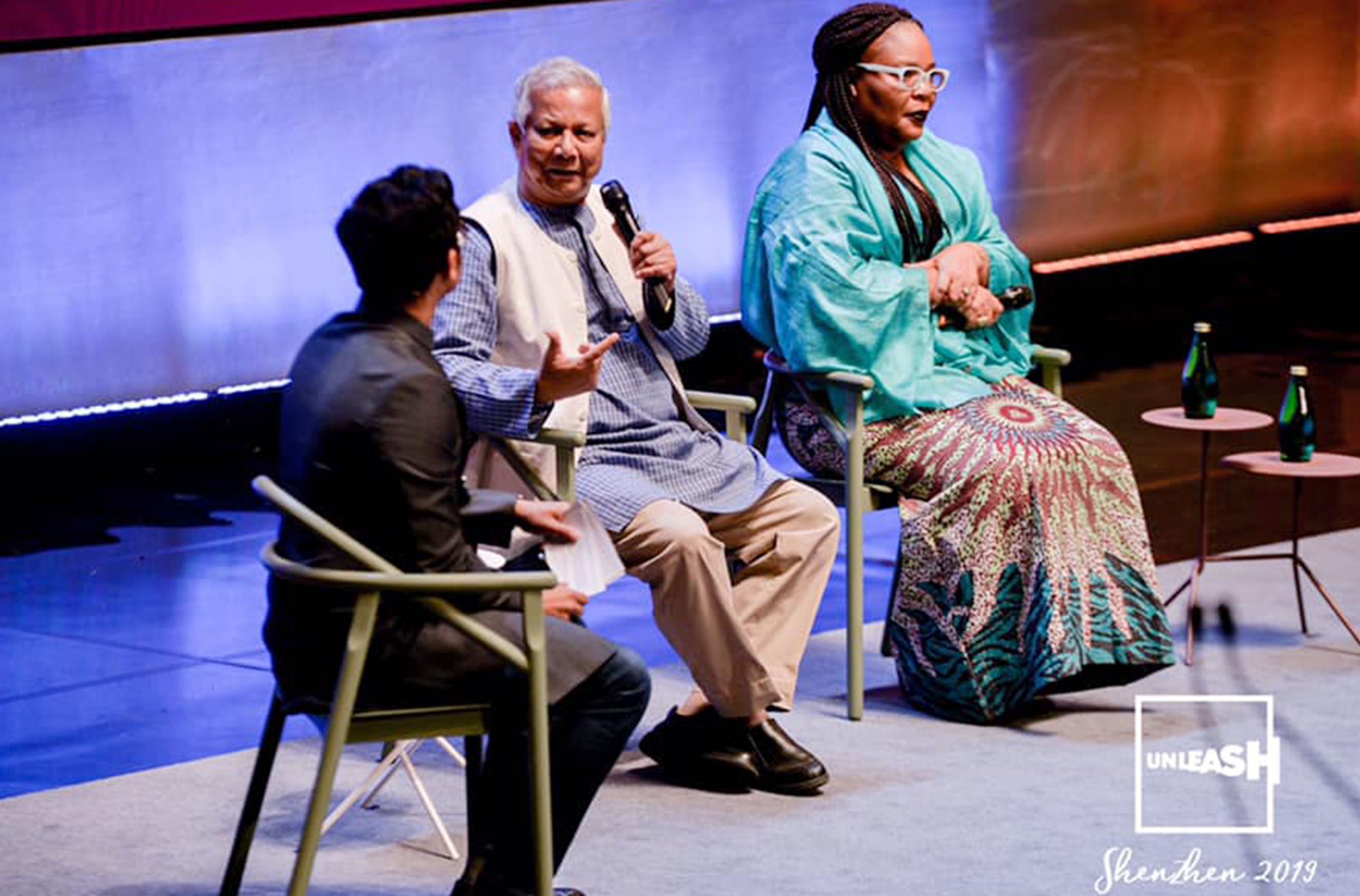 Mohammed Yunus painted a bleak picture of the future as he passed on the baton to younger generations to unleash their talents and create green, social and inclusive solutions to sort it out.

Our generation has created a very unstable global economic system where one percent owns ninety nine percent of global wealth. This pervasive unequal and unfair system is now a ticking time bomb politically and socially. Your role is to undo the present strange financial and economic system of the world, he said.

Africa is not a challenge in itself
The clear majority of problems and solutions identified during UNLEASH focused on the Global South. Leymah Gbowee advised the UNLEASH talents to move on into the 21 century and take a more holistic and global view of the UN SDGs.

Africa is not a problem in itself. Neither is Asia, nor is Latin America. The SDGs are designed to be global for a reason. If we do not tackle global problems with a view to places like the USA, UK and Scandinavia, we will never reach the UN Sustainable Development goals. A wider perspective will make UNLEASH more relevant, realistic and point to the future, she said.

EXPO 2025 in Japan
Together with a number of other hand-picked global talents, the eight Danida alumni took part in a special workshop at the invitation of Japan’s Ministry of Economy, Trade and Industry and hosted in partnership with UNLEASH and Deloitte. 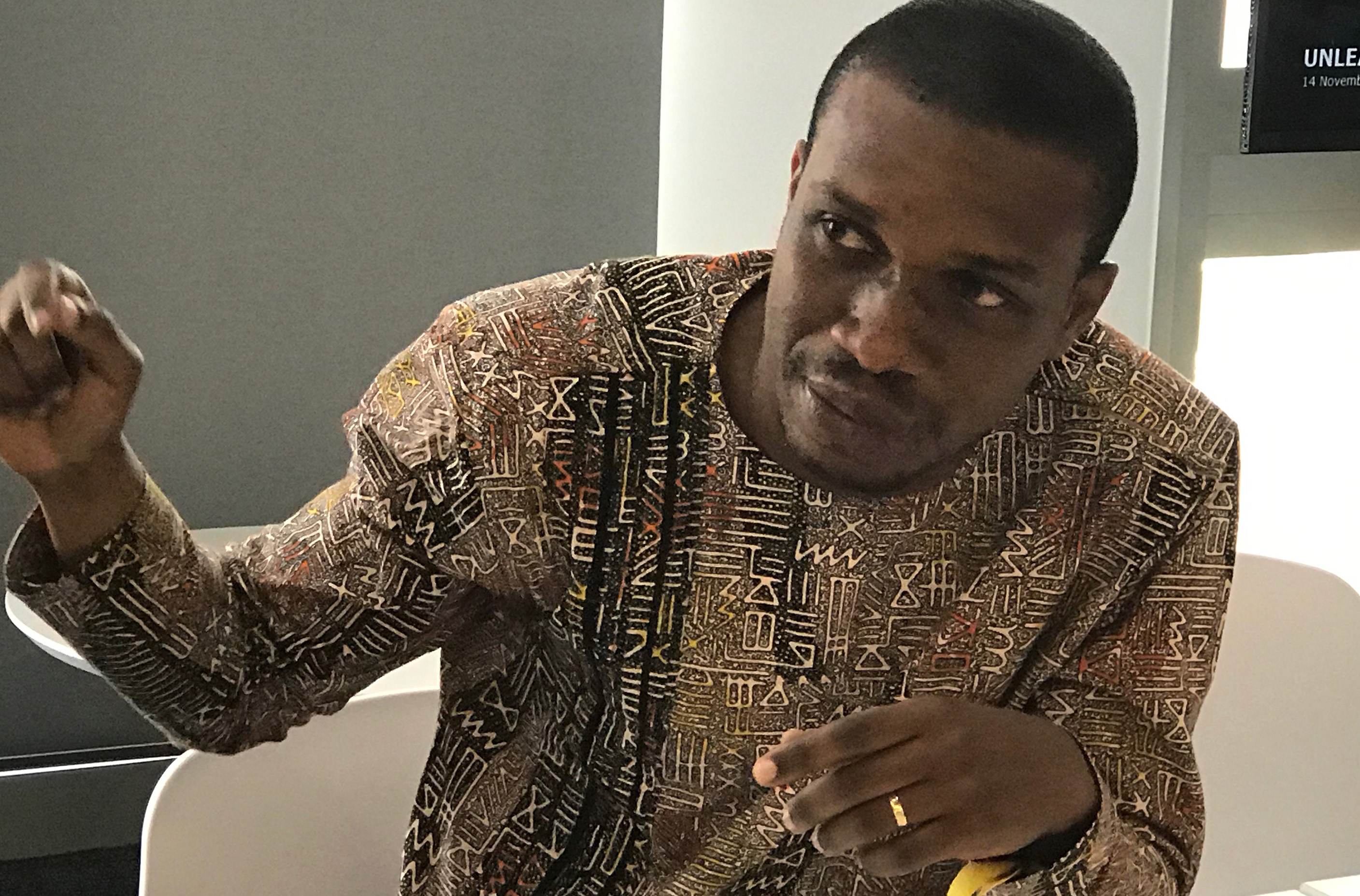 As host of World EXPO 2025, Japan has started the construction of a dedicated island outside Osaka to cater for the expected 10-20 million international and domestic visitors.

The overall theme for Expo 2025 is “Designing Future Society for Our Lives” and the selected group of young UNLEASH talents were tasked with bringing this theme to life through practical event ideas that address the Sustainable Development Goals. Although the ideas that the group came up with were diverse in their application, all teams shared an emphasis on minimising waste and ensuring effective resource-management across the different categories. They also emphasised inclusivity and limiting the event’s carbon footprint by incorporating artificial intelligence and the latest technology.

The Danida Fellowship Centre and the Ministry of Foreign Affairs of Denmark will support Danida alumni at UNLEASH 2020 and 2021. 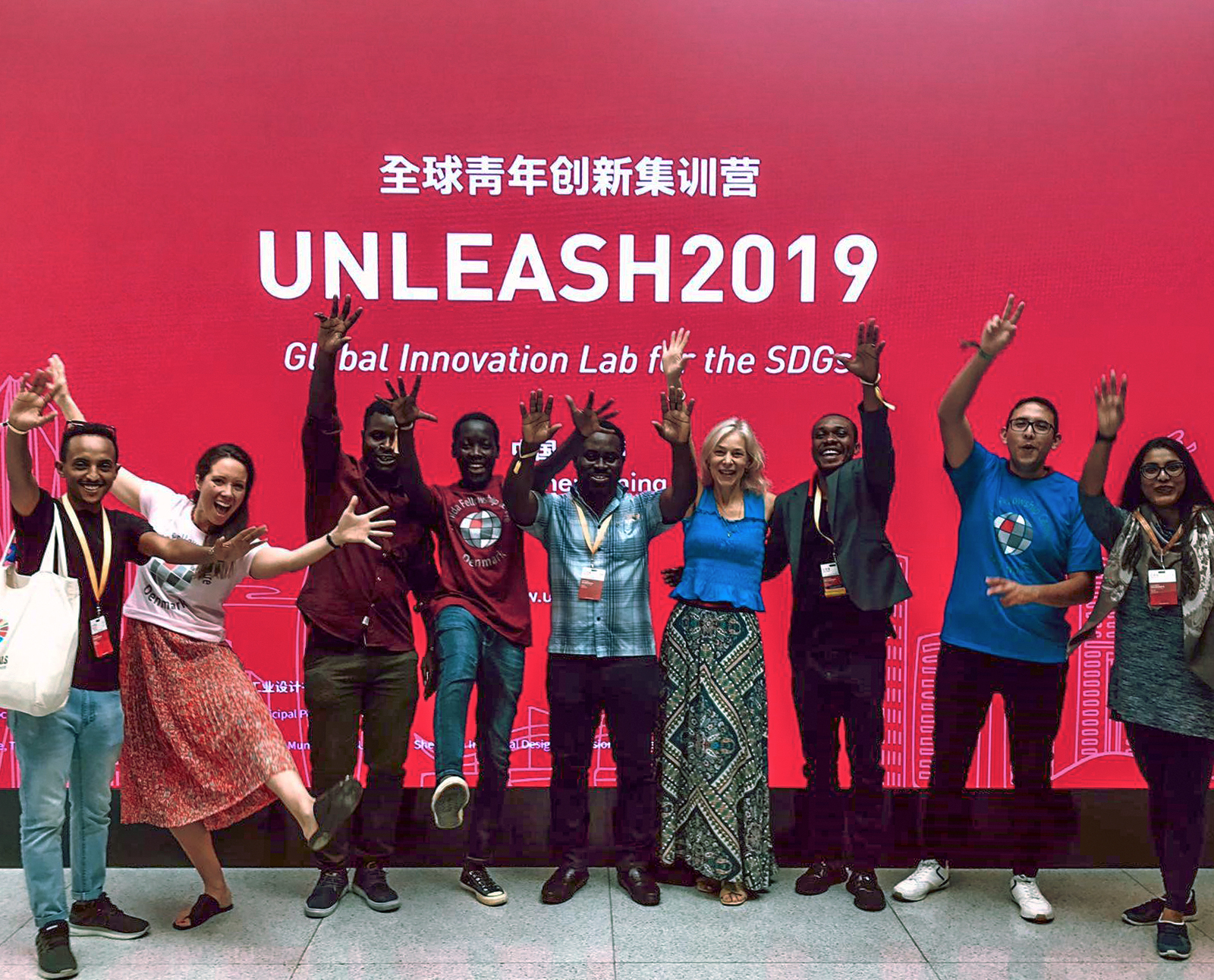