Sharing know-how and expertise is what the annual Donor Harmonisation Group Forum meetings are about. Beer Schröder, Nuffic, writes about this year’s meeting hosted by Danida Fellowship Centre. Among the participants were representatives from the European Commission, the World Bank, EUA, DAAD, EDUFI, the British Council, DIKU, OeAD, VLIR-UOS, CSC, SI and other Europe based organisations administering capacity building and higher learning programmes in the global South.

From the evening of 7 November until lunchtime on 9 November 2018, the 81 representatives of 36 organisations met in Copenhagen at the so-called Donor Harmonisation Group (DHG) forum.

This informal group met for the 9th time under the auspices of the initiators, DiKU (Norway) and Nuffic (The Netherlands). These two organisations started the DHG in 2010. Since then, these fora rotate among the local sister organisations in Europe.

This year, Danida Fellowship Centre (DFC) was the local partner and acted as host organisation. Besides the three previously mentioned organisations, there were representatives of the European Commission, the World Bank, EUA, DAAD, EDUFI, the British Council, OeAD, VLIR-UOS, CSC, SI, and organisations/institutions based in Kenya, Denmark, Malta, Ireland, Estonia and Switzerland. 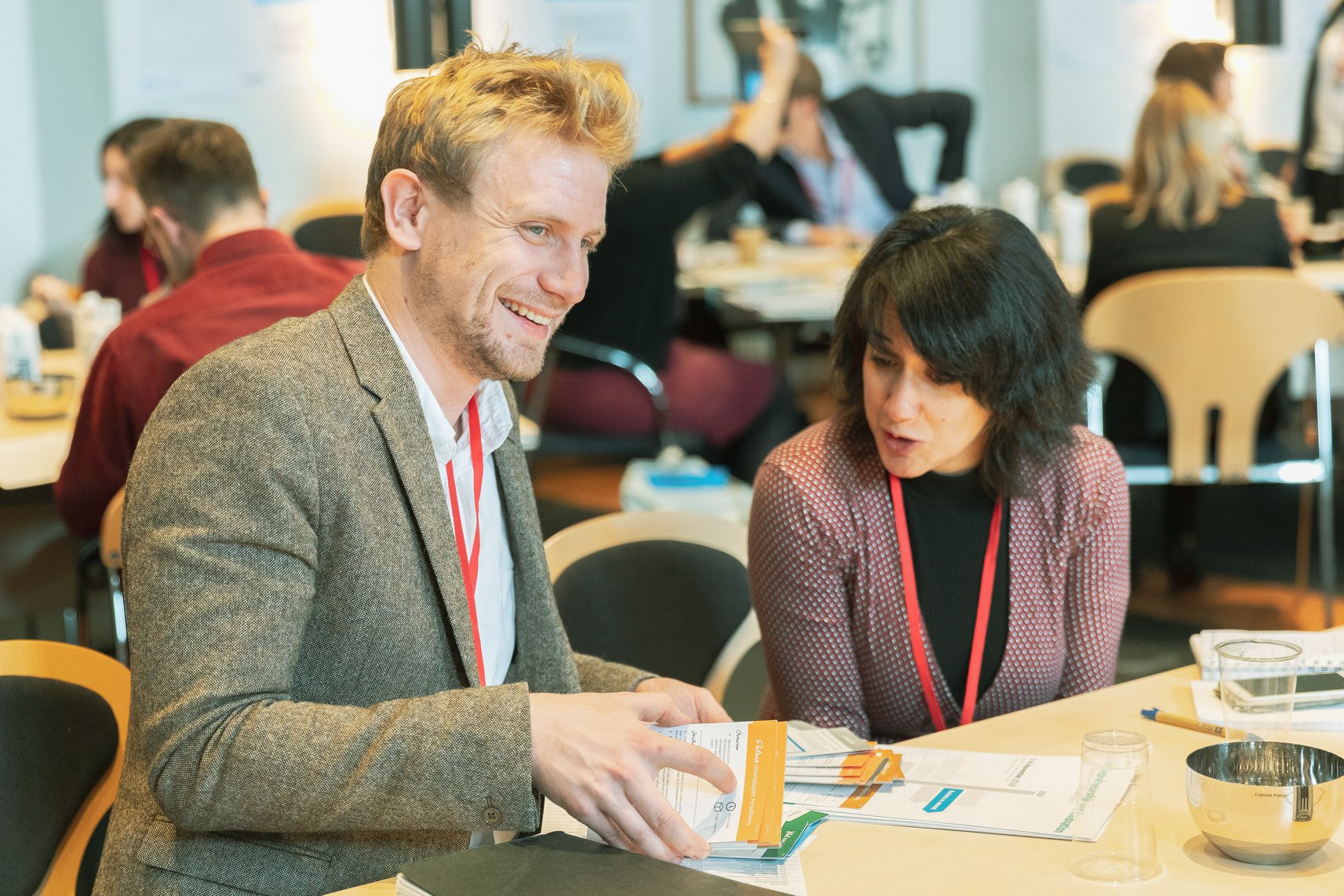 Some of the topics discussed were international trends and new programme policies, needs and developments, and understanding the SDGs and how to include them in the programmes. Photo: Crawfurd Media

A better world through learning

The DHG is an informal group of organisations or agencies that administer capacity building programmes in the global South commissioned by either national or international partners. Many of the organisations administer a few or several scholarships and partnerships or institutional cooperation programmes. By doing so, they foster capacity building and the exchange of skills, knowledge and people between the countries they represent and their partners in Africa, Asia or Latin America. The overarching aim of these programmes is to create a better world.

Knowledge sharing since 2010
Initially, the DHG was set up to translate the Paris Declaration (2005) into practice, hence the name “Donor Harmonisation”. However, at the first meeting in Scheveningen (NL) in 2010 that objective proved to be unrealistic as most educational co-operation programmes had a strong reciprocal benefit policy. Nevertheless, the idea of trying to prevent an overlap in activities and of finding ways to collaborate formed a firm basis for the annual meetings that have taken place at different venues in Europe ever since. Previous fora were held in Scheveningen, Bergen, Madrid, Bonn, Brussels, Vienna, Helsinki and Stockholm. 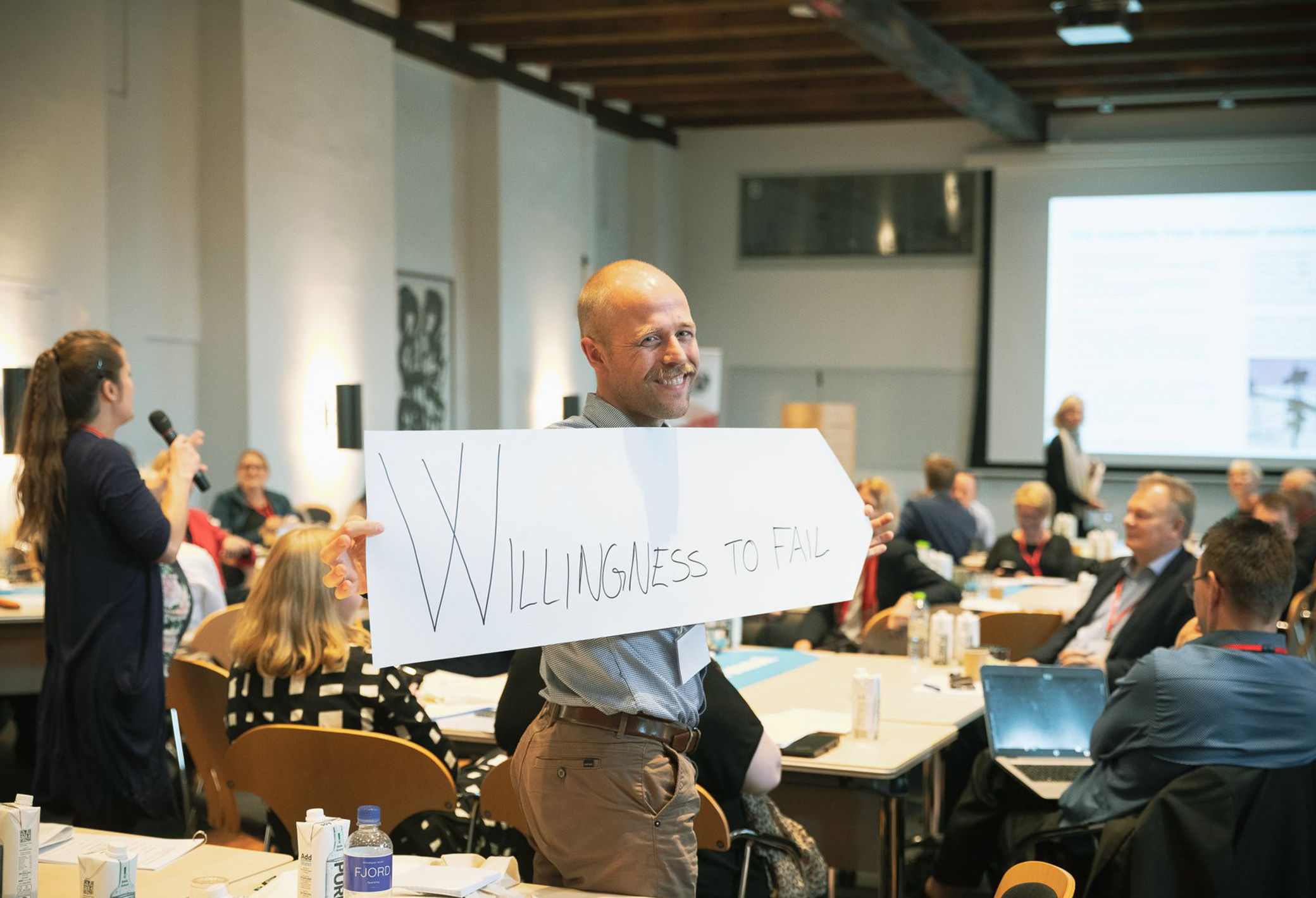 The participants clearly enjoyed the DFC team’s innovative approach where a single theme was in focus for a whole day. Photo: Crawfurd Media

Copenhagen introduced a new thematic approach
Danida Fellowship Centre arranged a full day of speeches, sessions and workshops on the topic “How to do business as unusual: Entrepreneurship and innovation in research and higher education”. It proved to be a valuable and interesting series of activities as the day gave deeper insight into ways of improving the role of entrepreneurship as an engine for economic development in existing policies and programmes and for including them in new ones.

The participants clearly enjoyed the DFC team’s innovative approach to programme planning where a single theme was in focus for a whole day. They adopted the DFC formula wholeheartedly for the next forum.

Next forum in London
The remaining half day was dedicated to the exchange of expertise, programmes, techniques, developments and information amongst the organisations themselves. In breaks between the activities, many participants met and did some inter-organisational business. Moreover, many new bonds were forged.

All in all, the meeting was very worthwhile and it will serve as a good foundation for the 2019 forum to be hosted by the British Council and the Commonwealth Secretariat and Association of Commonwealth Universities in London.