Skip to content
Home » Covid-19 crisis: An opportunity for a new growth path in South Africa

Covid-19 crisis: An opportunity for a new growth path in South Africa

Professor Mike Morris, from the Danida funded TENTRANS research project, uses the the COVID lock-down shock to present research findings from investigations into South Africa’s Renewable Energy Programme (REIPPPP) in the South African online newspaper, Daily Maverick. The findings suggest that the outcomes of the programme’s industrial development component are limited mainly due to strongly diverging interests within the government.

When South Africa’s Renewable Energy Independent Power Producer Programme (REIPPPP) was initiated in 2011, the promise was that it would ensure the procurement of more than 6000 MW of renewable energy capacity to provide electricity to the South African grid. The intention was that this would also contribute to industrialisation and development in local communities.

The Danida funded Tendering Sustainable Energy Transitions research project is currently analysing the development effects of the tendering programme. The findings show that while the programme was initially very efficient in attracting foreign investment in renewable energy, the industrial development objectives have not been fulfilled. In the Daily Maverick article, We have to use this crises to put South Africa on a new industrialisation growth path, Morris and Davis analyse the reasons why this promising programme has produced rather modest outcomes in terms of industrial development. In addition, they suggest a string of development opportunities and much needed energy and industrial policies to achieve the goals.

Read the article the Daily Maverick: We have to use this crisis to put South Africa on a new industrialisation growth path. 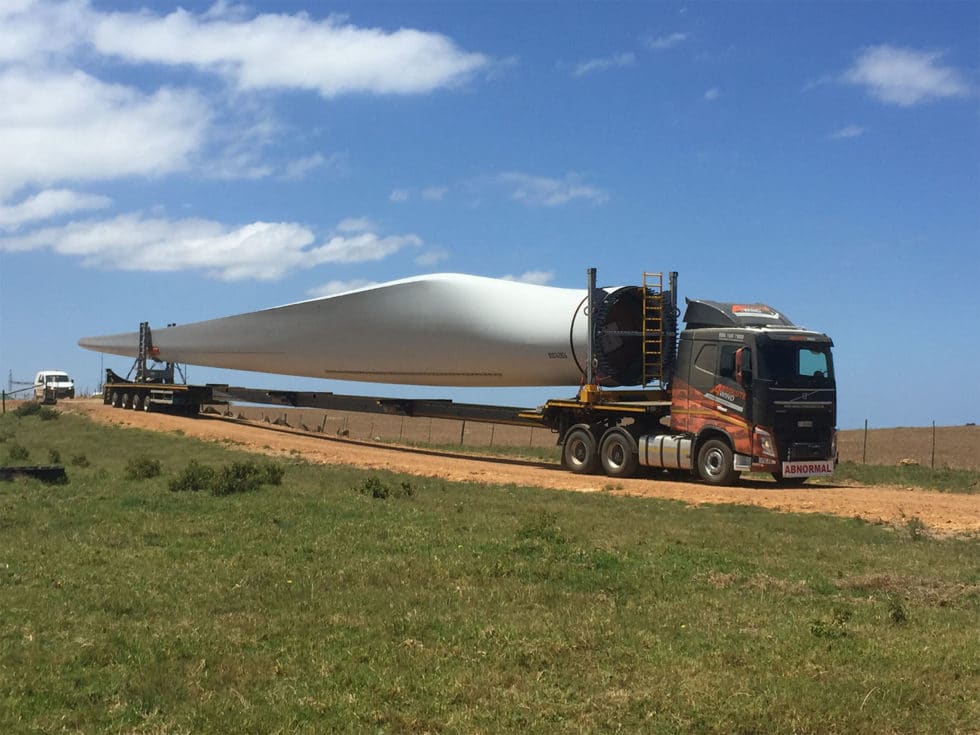 Absolute Rigging is a locally owned transporter of wind energy specialised in loads and rigging services. It has grown its fleet to become the major industry transporter. It experienced problems when the REIPPP programme stalled in 2017, but new contracts for 2019 have provided a hopeful future. Photo: Absolute Rigging

Until 2015, the REIPPPP attracted a large amount of foreign investment to South Africa, and multinational wind and PV companies, such as Vestas and Siemens from Denmark and Scatec from Norway, established wind and solar parks with the newest technology. A well-designed tendering system drove down prices. In spite of the fact that the local content requirements could have been much better targeted, local assembly plants for PV panels, some local production of components for wind turbines, as well as various services were established. In addition, more were in the planning stage.

Unfortunately, findings suggest that a group centred around the former president, Jacob Zuma, diverted funds from state owned companies, such as the electricity company ESKOM, and they had strong interests in the coal industry. It finally brought the REIPPPP programme to a halt. This left ESKOM with massive debts and malfunctioning operations, and the emerging renewable energy industry stopped in its tracks. This continues to be the situation, even though President Zuma left office in February 2018.

Based on the research in the TENTRANS project, the paper proposes that the South African government should

i) ensure that an international financial package to bail out ESKOM from its current crisis should be contingent on an accelerated phasing out of the large coal plants and the rolling out of a large clean energy programme;

ii) launch an entire green industrialization path ensuring and guaranteeing the continuity of the renewable energy bidding process well into the future, so that foreign investment can continue to enter in the form of independent energy power producers (IPPs);

iii) set out a pathway of guaranteed predictability of the policy process, with clear sequencing markers specifying when each step will occur, so that all players in the supply chain feel secure in their efforts to establish and ramp up their technical and human capacity; and

iv) design the local content requirement in the bidding system as an integral part of a general green industrial policy, building on the existing industrial base.

In the past months, strongly diverging interests within the government have become evident and it remains to be seen to what extent the current crises in ESCOM and in the government both exaggerated by the COVID crisis – will move South Africa closer to following a green industrial development track.