Seth Aning, Ghana. Mutual respect and a life with impact 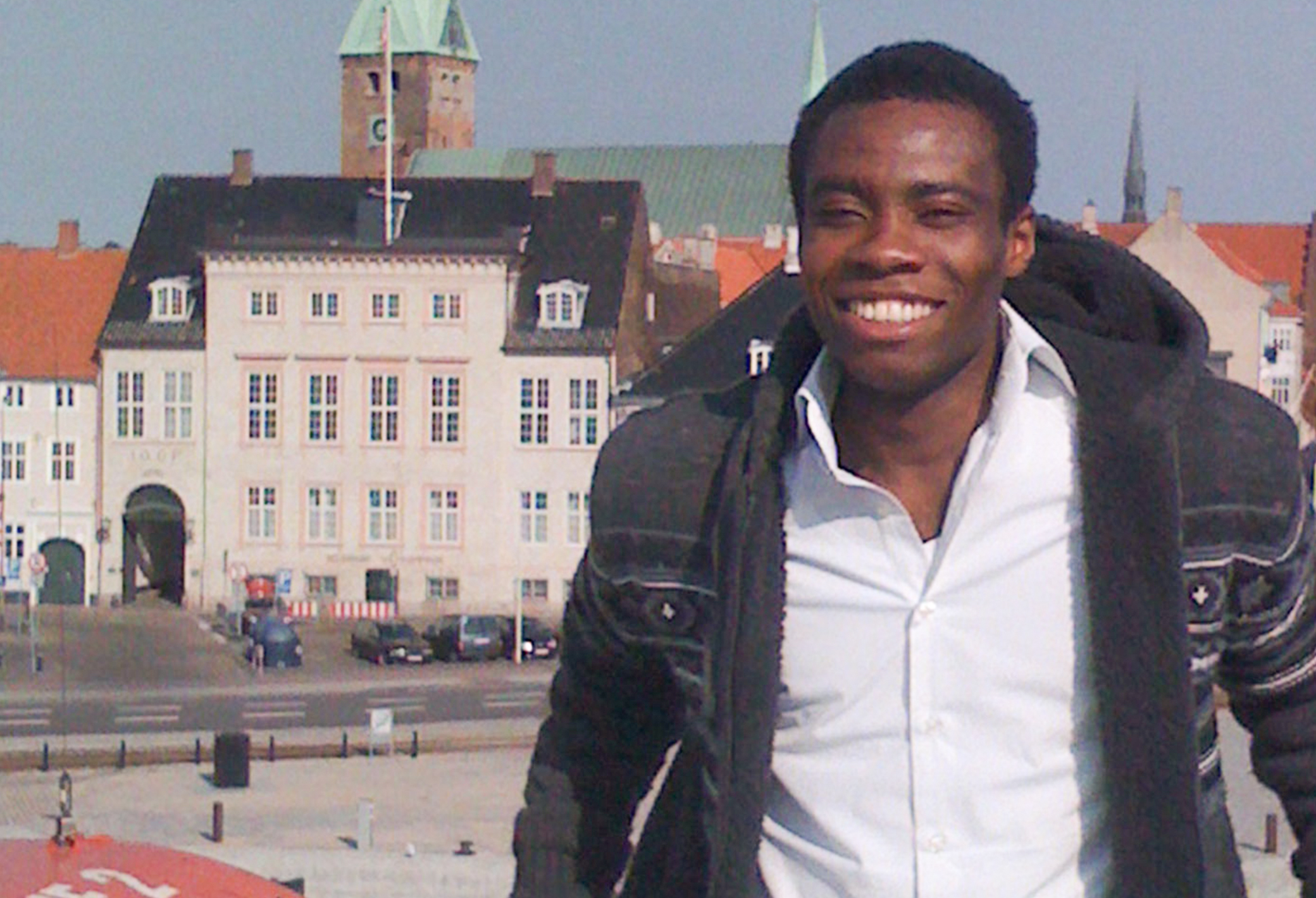 Seth spent a year in Copenhagen as an MBA student at Copenhagen Business School, 2011 – 2012

Seth Aning has recently returned to Ghana after a brief visit to DFC and Denmark – the country he calls his ‘second home’, even though it is now over six years ago that he lived in Copenhagen as an MBA student under Danida’s Emerging Leaders Scholarship Programme. Today Seth is Managing Director of FirstBanC Financial Services and kindly agrees to take a break from his busy working day to speak with me.

We unfortunately didn’t manage to meet in person during his holiday in Denmark and instead connect via Skype from our respective desks in Accra and Copenhagen. Already a few moments into our call, Seth strikes me as warm and grounded, but also as a highly ambitious man.

Before we speak, I had already learned via LinkedIn that Seth had started his financial career at Standard Chartered Bank, armed with a Computer Science and Economics degree and following a few years working for an NGO. He had done exceptionally well at the bank, receiving two promotions in a single year and was generally on an impressive trajectory for progression, when he left Accra for Copenhagen to pursue his MBA.

So quite early in our conversation, I was compelled to ask him what had motivated his decision. Seth’s simple answer: “I felt there was more I wanted to do”.

The risk that became a professional turning point

Seth tells me that he was in a well-paid position and nine years into his career, when he in 2011 left his job in Ghana and came to Denmark to study – a move that was not without its risks.

“Coming to Denmark was a risk. I had a well-paying job that I had to leave. I wasn’t sure if I was going to get the job back at the end of my studies. But I wanted to be open to new things – people, places and ideas, but it was a risk.”

Yet the offer of a Danida fellowship to complete Copenhagen Business School’s highly respected MBA programme was one that Seth could not turn down. He knew that he would not have had the means to finance this by himself, and also the one-year duration of the programme would allow him to re-enter the workforce as quickly as possible.

Seth’s year in Denmark turned out to be a life-changing investment in his own professional and personal growth, whilst satisfying his curiosity for this small country that he had learned was home to ‘the happiest people in the world’.

“One of the things I wanted to do was hone my leadership skills and accelerate my career path. To my surprise this happened much faster than expected. It [coming to Denmark] was one of the best decisions I took in my life. Through my experience in Denmark I have been able to learn, do and be more, and it has made me a happier more fulfilled person.”

He most certainly accelerated his career. Even before completing his MBA Seth had received two compelling job offers, eventually accepting a Manager role at Philips Technology, responsible for the go-to-market strategies in 22 countries across West and Central Africa.

Seth meeting the former president of Liberia, H.E. Sirleaf Johnson in 2012, as representative of Philips in a Dutch business delegation 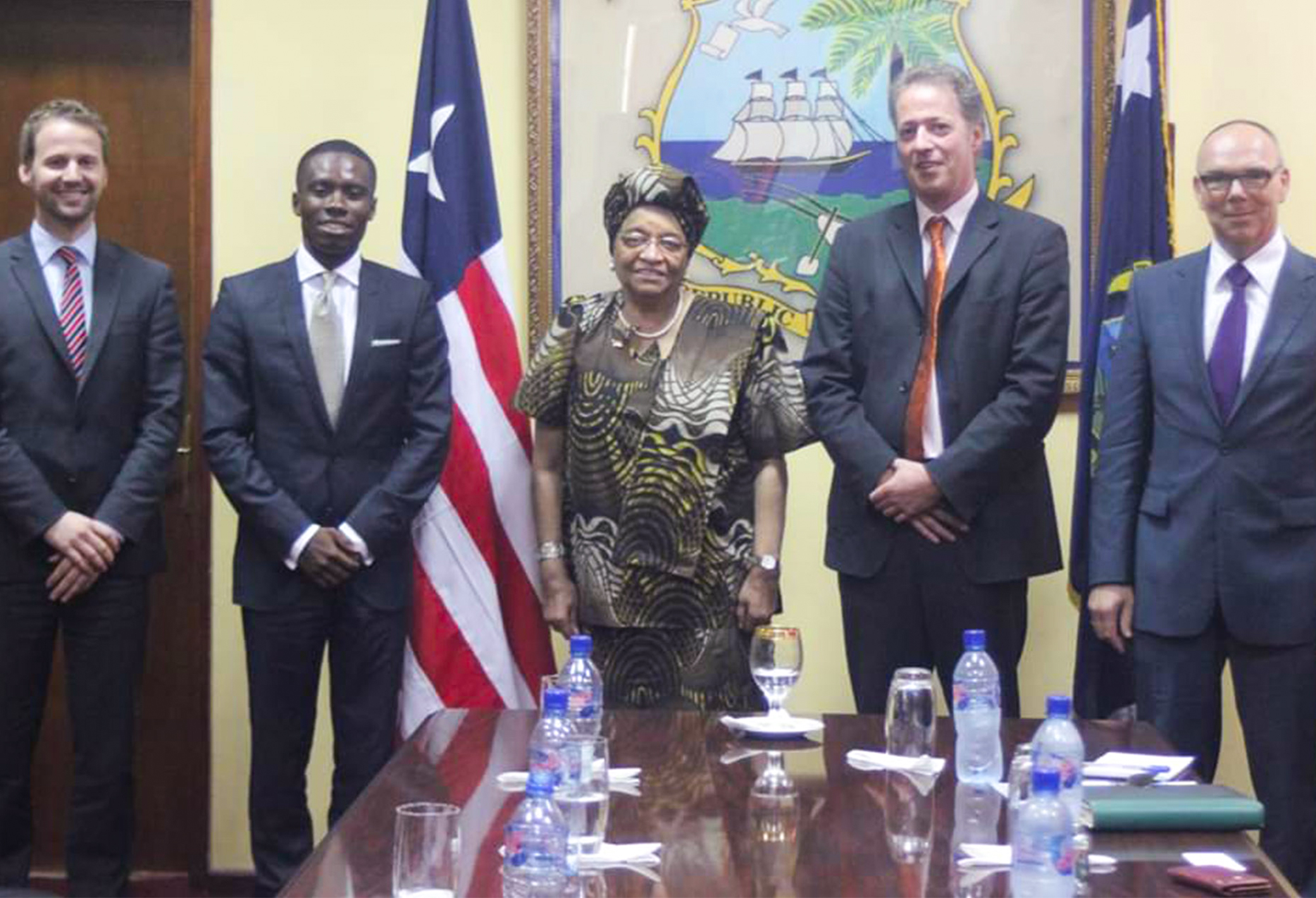 Seth meeting the former president of Liberia, H.E. Sirleaf Johnson in 2012, as representative of Philips in a Dutch business delegation

Leading according to Danish values
Along with his newly acquired academic knowledge, Seth brought back a major cultural insight, when he in 2012 re-settled in Ghana upon completing his MBA: The value of mutual respect.

“I was struck by the working culture of the Danish companies that I visited whilst in Denmark. They have a very natural arrangement – no hierarchical set-up that you typically find here in Ghana. You can relate to your boss and your boss’ boss. This is something I wanted to develop and take with me to be able to have an open culture, allow people to come to you – not just as their boss, but as a colleague.”

Seth shares this experience with quite some energy and his passion for what could be considered a cornerstone value of Danish society is infectious. It is clear that this concept of mutual respect has left a profound mark on Seth and continues to influence both his professional and broader life choices.

“I learned that I needed to respect everything and everyone. You can learn from everybody – your colleagues, your fellow tenants. We should be able to allow other people to express their views and opinions. You can gain from their knowledge. Knowledge does not reside in the head of one person.”

A journey towards impact
Four years following his MBA and with a successful track record at Philips Technology under his belt, Seth decides to take a career break. He is solemn and considered in explaining his motivations:

“I took a break from work in 2016 – my motivation was to take a back step to re-evaluate my career and ambition to see if I was on the trajectory I wanted to be on, to reflect on my personal and professional goals – reconsider my path.”

Seth goes on to tell me that during this period he came to realise that what had been missing from his career so far, was the fulfilment of having a measurable impact on other people’s lives:

“My life needed to have an impact. Not about just being on a certain career progression and doing well, but be able to impact society with what I do. My learning from Denmark was one of the motivators to taking my break and re-evaluate what I do. I wanted to use the knowledge, skills and experience I have that actually impacts people.”

With this ambition and a change in perspective, Seth took on his current role as Managing Director of FirstBanC Financial Management, where he can use his advanced business knowledge and financial skills to positively influence pension fund management. Seth is strongly motivated by the over-arching aim of his current role, which he describes as “allowing people to live normal and fulfilling lives after leaving the workforce at pension age”.

In his position as a manager and leader Seth also gets to positively impact the lives of his team members and colleagues on a daily basis. He again draws inspiration from the Danish work culture in explaining that mutual respect remains the foundation of his leadership style:

“As a leader I want to help people identify what they are best at doing and help them work on that. I can only help them do this if I respect my team. You cannot be a leader if you do not respect people’s opinions, their strengths and their abilities.”

Lifelong ambassador of Denmark
It is clear that Seth has grown significantly through his time and learnings in Denmark, and throughout our conversation he expresses gratitude for this opportunity.

He recalls his first impressions of the country and “how well the entire system was planned” and that “everything seems to be so synchronized” – something I admittedly too often take for granted. Seth also shares the entertaining story of his first trip to a Danish supermarket, where he mistook a bottle of liquid soap for a drink! But that besides this little incident, the language barrier caused no problems, as everyone he met spoke English and was very helpful. He fondly recalls these memories with a big smile, and we share a laugh across our two continents.

Seth spent a year in Copenhagen as an MBA student at Copenhagen Business School, 2011 – 2012

There is a soft knock on my meeting room door, signalling that we are sadly running out of time. So I quickly ask my last question: In what way do you still feel connected to Denmark?

Seth enthusiastically replies: “I call Denmark my second home and second country. It is not just a loose statement. But everywhere I have been, I try to promote Denmark as much as I promote Ghana. I think the culture in Denmark is excellent- it is not for nothing that it is the happiest country!”