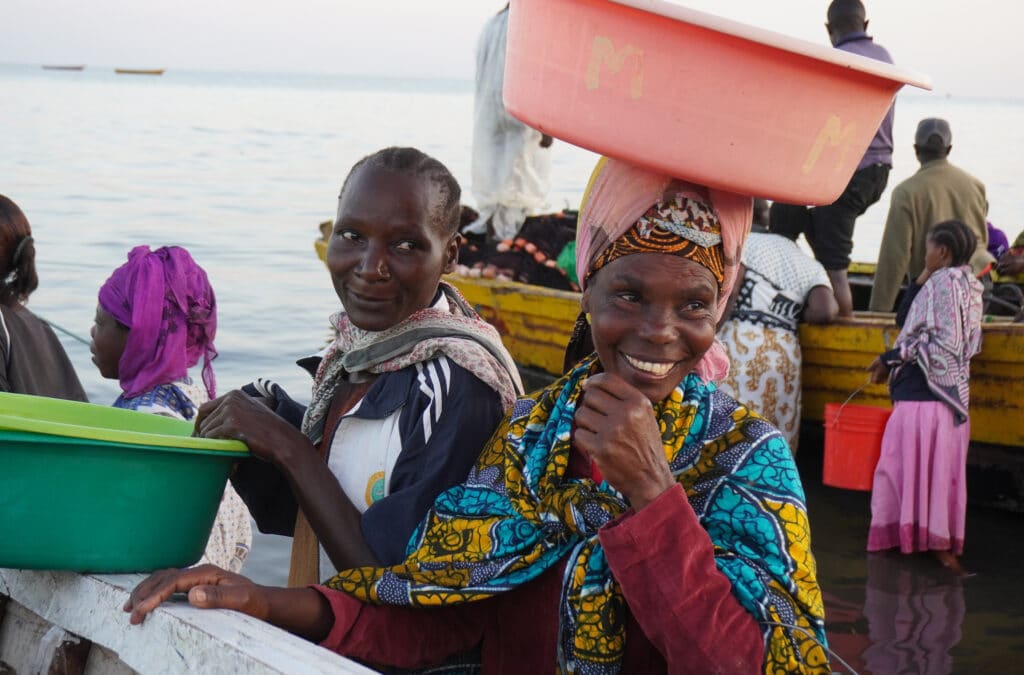 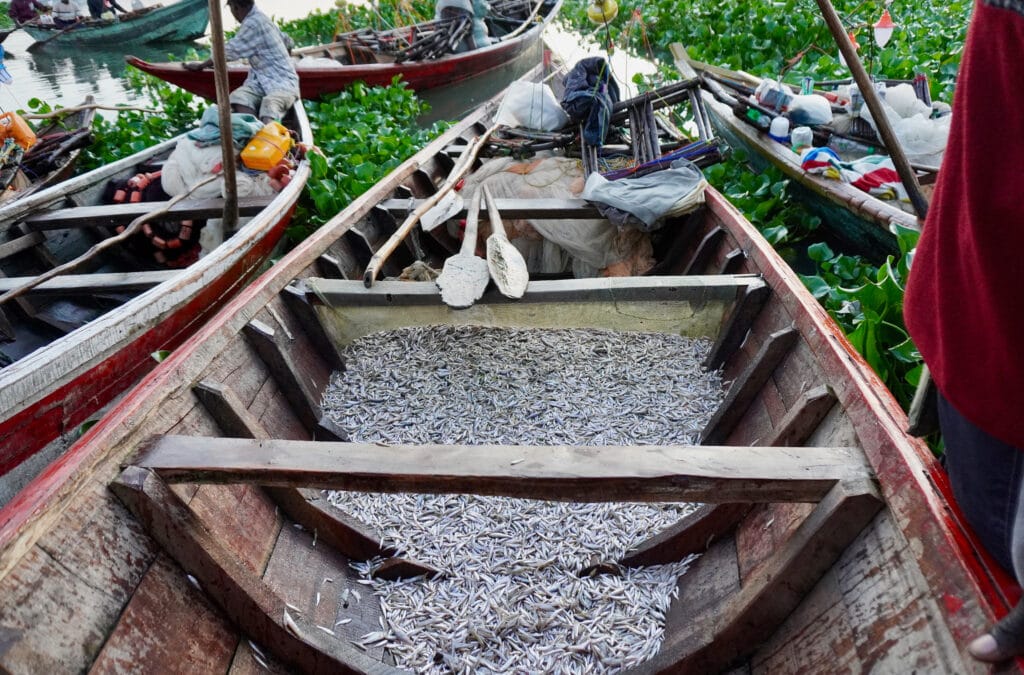 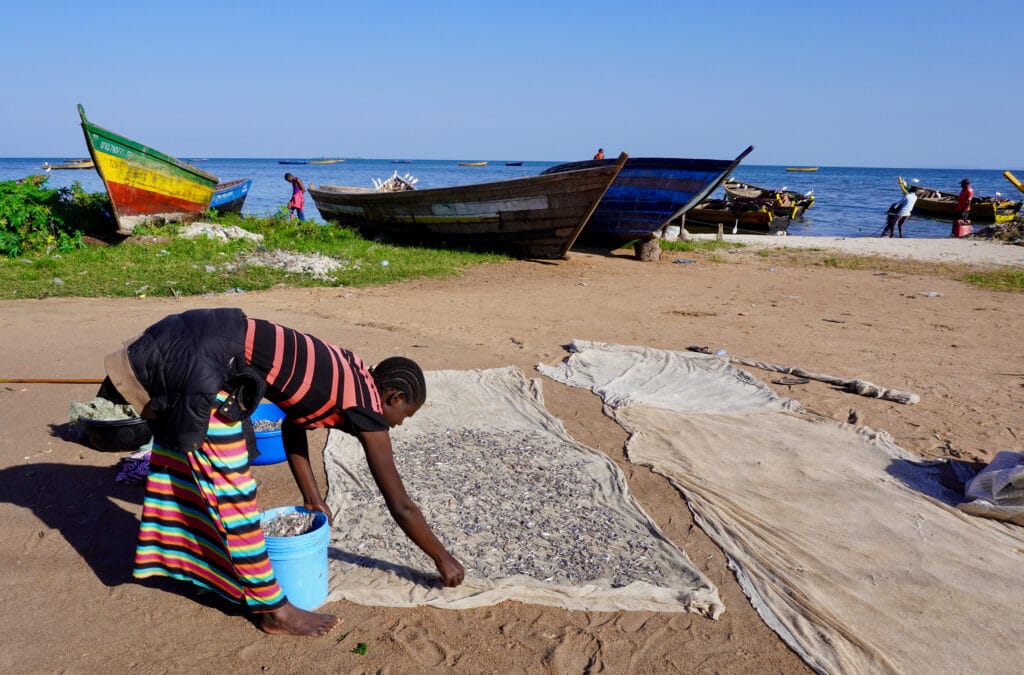 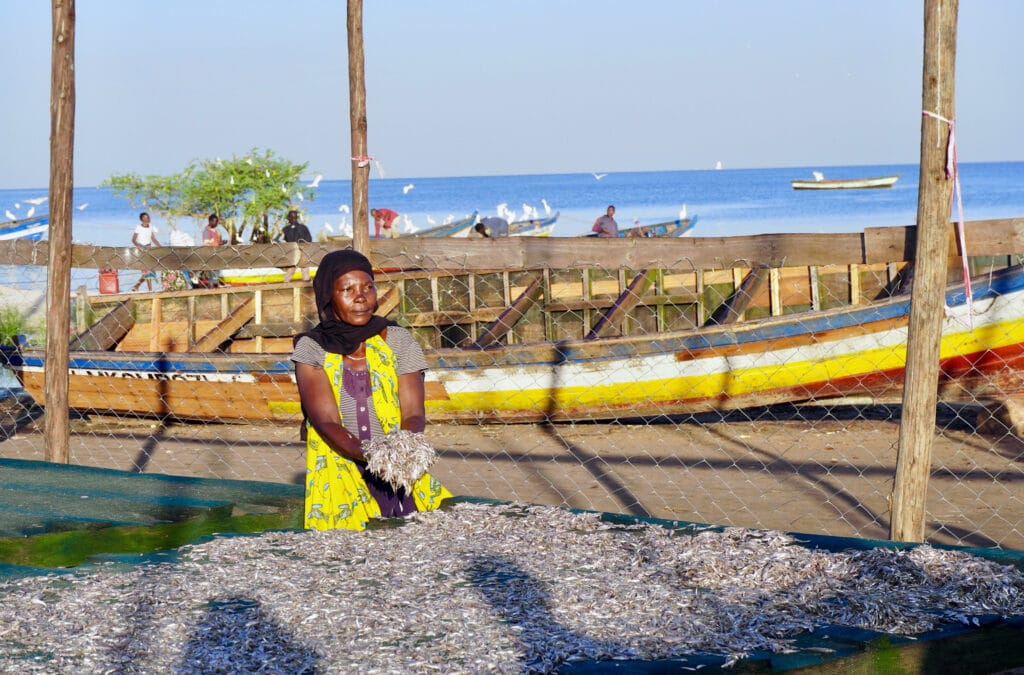 Traditionally, it is mostly women who process the sardines. They dry the sardines directly on rocks, sand or old nets spread out on the grass or beach. The result is that the dried product often contains bits of sand and grass and as a result is of substandard quality and only suitable for animal feed. 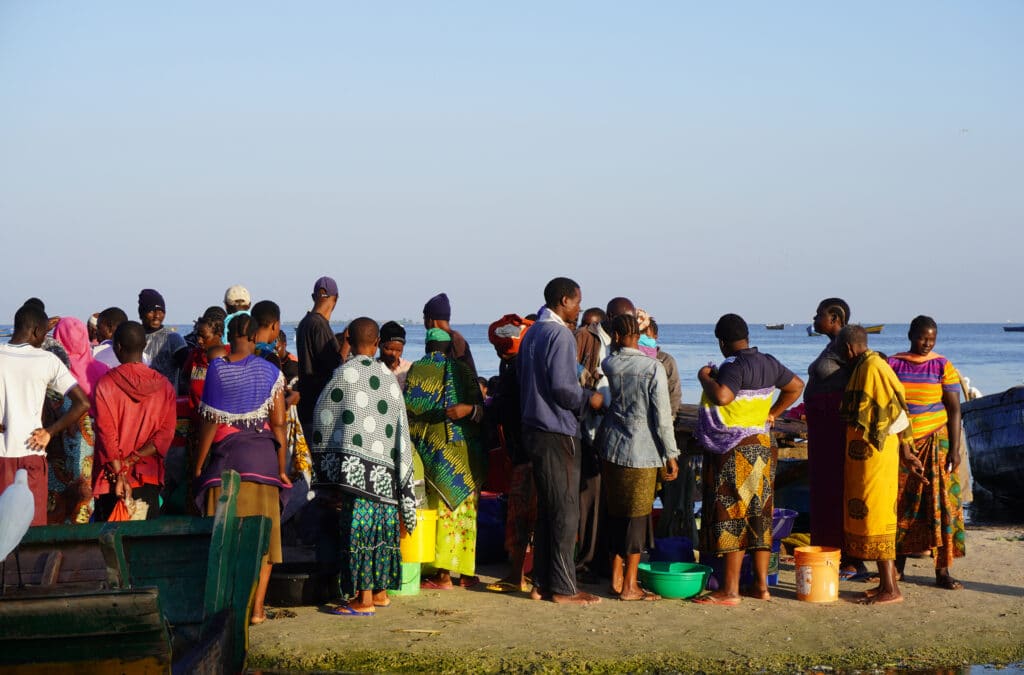 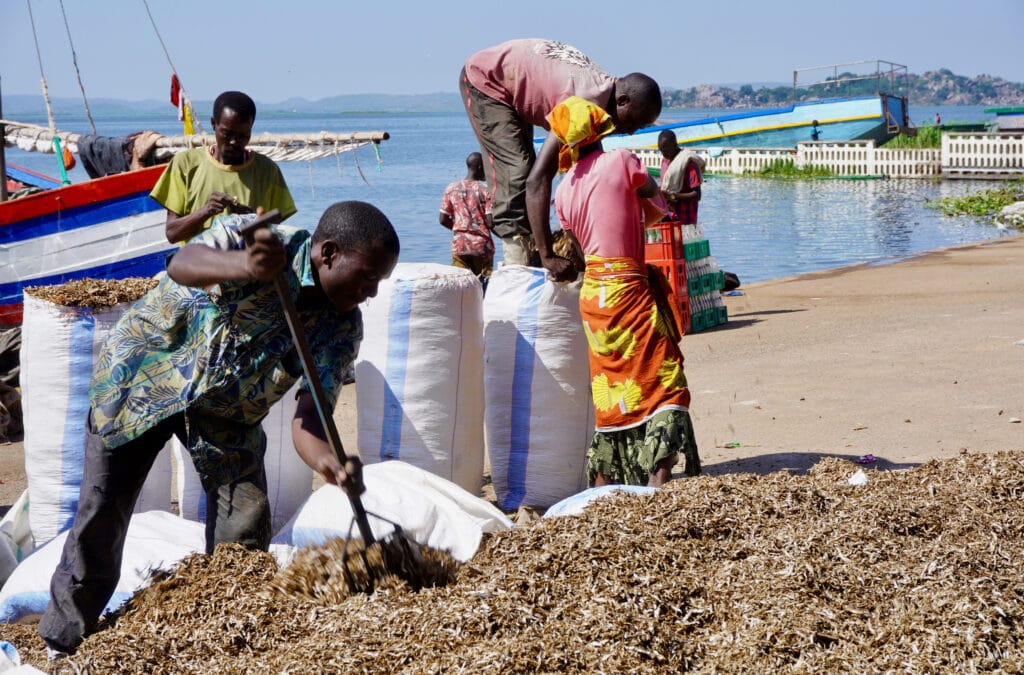